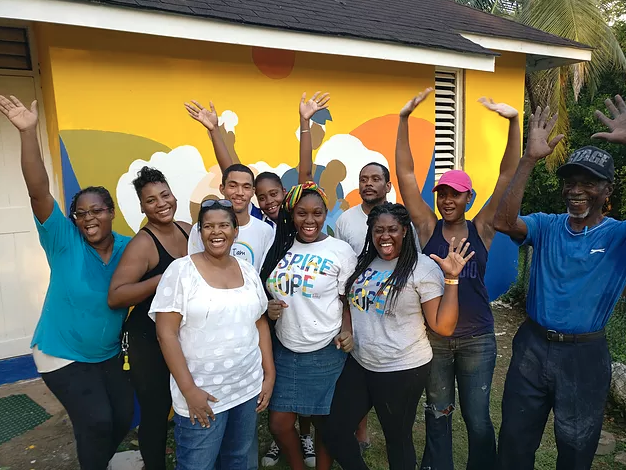 MONTEGO BAY – Renee Kitson, a Graphic Designer from Sandals Resorts International submitted a proposal for funding to carry out a project that would benefit the Women’s Centre of Jamaica Foundation.

Her project entitled, “Create Purpose” was selected amongst many, and she was granted funding for up to $2,500 US.

Part of the project was to empower women through visual arts, enabling emotional release.

During the month of June, Renee, other volunteers and students from the Montego Bay Centre painted a mural on the wall of the Centre. The picture is of a teen mother holding her baby in her arms and beside her is another teen mother wearing graduation attire, with her child by her side.

While the mural is still incomplete, Renee has noted that a motivational quote inspired by the teen mothers will be painted along with the pictures.

The mural is expected to be completed by the end of June.