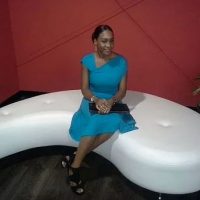 ​I grew up in an extended family however the love was not extended. My father died when I was about five and my mother was hardly around. Even when my Mother had the time to spend with me, it wasn’t time well spent. She was a child herself and she didn’t know how to take care of me. Most of her time was spent with her boyfriends or maybe at school (that is if she even went).

You may be thinking mom had me young, well yes she did. She had me when she was fifteen! My grandparents were the ones who took care of me. Despite them doing acts of service for me, I was just not feeling loved from them either. I needed someone who could sit and talk with me and spend quality time, and I wasn’t getting that. I know I was missing the attention that I craved.

I was rarely told positive words, or words of affirmation, and it’s something I craved. I was never told things that could help boost my self-esteem, or help me become a better person. I tried reaching out to my mother and told her I wanted to spend time with her. I wished that she could have just sat down and talked with me. But that never happened. I was in need so I went searching. It so happened that I turned to the streets for love. I turned to the voices of men in the streets that said “hey you are beautiful”, “mi love yuh” and other statements. That is what I wanted to hear. I was getting the attention that I craved and I gravitated to it. How was I supposed to know it wasn’t genuine? How was I to know I was going to be used? How was I to know I was going to be hurt?

It so happened that I got molested while I was going to primary school. From there and then I became very promiscuous. None of my family members knew what was happening with me. All was kept as a secret. I was sexually active for years and they didn’t know. While going to high school my mother found out. I was in grade seven at the time. She was angry and disappointment. Even her boyfriend wanted to physically abuse me when he found out. They made reports to CISOCA, but nothing came out of it. I learned to keep my mouth shut because I feared my life.

My family tried reaching out to me but it was hard for me to let them in because I didn’t have a relationship with them from the start. They decided to move me from the community I was living in, and I went to live with one of my relatives. That’s when I started to go to St. Andrews High School for Girls, and my situation became better for a year or two but I was still struggling mentally. I didn’t accept hugs or kisses, and I had a tendency to push off everyone. I managed to get counselling, but I got discouraged because I really felt like one of the counsellors was using my past to judge me.

During the summer of 2013 my grandfather got sick, so I decided to go back to my grandparents house to help out. I was supposed to enter grade 11 in September, but that’s when I got pregnant. I was only16 years old. I hid it for a while, but one day I managed to gain the confidence to tell my grandmother.

“Lawd, Jesus Christ a which dutty bwoy u guh breed fa? Gyal u come back up yah come mash up yuh life? A who breed yuh?” was her exact response.

I managed to tell her everything. Even though she was disappointed, she was relieved when I told her who the father was. She respected him and his family because to her, they were good people. She called my aunt and told her. Since my mother was abroad, my aunty handle all of my affairs; she called the school and updated them on my situation.

For weeks my aunt and grandmother tried contacting my mother but she was just not available. My aunt left a messages on her  phone and even her Facebook page.

One day I got a phone call day on the house line. “Gyal a mek u suh wicked? Yuh couldn’t wait to u lef school?” Yuh nah carry nuh belly, enuh. U nah carry that. Just watch when mi come down.” It was my mother on the phone, and all I did was cry. I was lost for words. She wanted me to abort the baby. My mother got pregnant with me at an early age, but no one ever told her to abort me.

Time was drawing nearer and mom had returned from her trip. When she finally arrived, I was hiding. I was afraid of what she was going to do to me. She cursed me and said a lot of negative things. The next day she wanted me to go to the clinic to get an abortion. I turned to her and said “If a this aguh cost di relationship between mi a u fi end then so be it cause mi nah dash weh mi pikney.” She actually wanted to fight me.

My aunt, my child’s father and grandmother stood by me through it. My aunt helped me enroll at the Women’s Centre Foundation of Jamaica in Kingston. I managed to start school and my child’s father helped fund me through school, the entire time. I went and I sat 6 CXC examinations. I passed four subjects out of the four with my grades being 2 two’s and one three. I didn’t know I could do it but I did it.

On April 12, 2014 I gave birth to a bouncing boy baby, and he was simply a blessing. I later went on to Quality Academics in which I did 5 more CXC subjects and I passed four with one grade one, 2 two’s and one three. I started working a couple months after leaving Quality where I became a Brand Ambassador for a leading company in Jamaica.

I always seek to do better. I currently a secretary at an engineering firm, and I am also a freelance makeup artist. In the future I intend to further my education, but for now I am taking things step by step.

Today I am a very proud to be a Mother. I have learned a lot of things – I learned how to love, how to care for, and I learned how to be responsible. I am wiser, I no longer do some of the things I used to, I value my life but more importantly, I value my child’s life!

For all the young mothers who may be facing similar struggles as I have, just know that having a baby as a teen doesn’t make you less of a woman! Not having support can make it difficult, but hold your head high, push harder, and never forget to trust in God! Let your child be your motivation!